Foreign Member of the French Academy of Sciences 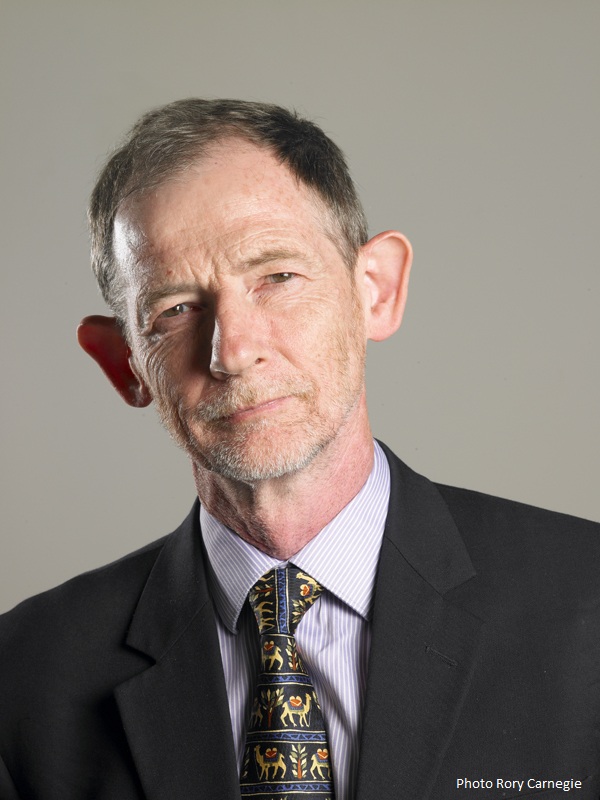 He moved to Heriot-Watt in 1972 on an SRC postdoctoral fellowship which enabled him to spend an extended period at Brown University, where he began work on the existence of solutions to the equilibrium equations of nonlinear elasticity, as well as furthering his interest in infinite-dimensional dynamical systems. The recipient from 1980-85 of an SERC Senior Fellowship, he has held Visiting Professorships at the University of California at Berkeley, at the Université Pierre et Marie Curie, Paris, at the Tata Institute of Fundamental Research, Bangalore, at the Institute for Advanced Study, Princeton, and at the University of Montpellier II.

John Ball's main research areas lie in  the calculus of variations, nonlinear partial differential equations, infinite-dimensional dynamical systems and their applications to nonlinear mechanics. In solid mechanics, he is especially interested in the mathematics of microstructure arising from phase transformations in solids, using models based on nonlinear elasticity, where the problem of predicting microstructure morphology is related to deep unsolved questions of the multi-dimensional calculus of variations such as understanding quasiconvexity. A more recent research interest is in the mathematics of liquid crystals.